The Evolution of Norah Lukens

So I think I've done a version of this post at least three different times on this blog, but as you'll see below, that's kind of the point of today's.

That being said, I am pleased to announce that I have finally found a 100% satisfactory visual of Norah Lukens.  For those of you who haven't read the first edition of Cobbogoth--now Uncovering Cobbogoth, which will be released by Cedar Fort on May 13th--Norah Lukens is the heroine of the Cobbogoth series.

But before we get to that, let's take a look at how Norah has evolved.  Before I decided to self-publish back in 2011, I posted this picture of my niece to illustrate what Norah looked like.  I used similar pics of her for Norah in our first book trailer: 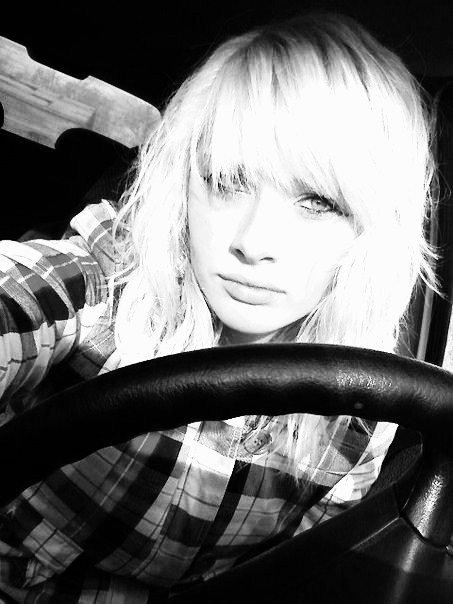 She's beautiful, yes? Which is why I was never quite satisfied with her as an accurate depiction of Norah. My niece is just too pretty for Norah, (Sorry Day, its true. ;-)) and she's not anywhere near as fair as Norah, nor is she the same build.  She also has these impossibly crystal blue eyes, where Norah has green eyes, hence the need for a black and white photo.

After I decided to self-publish, but had already made the book trailer, I found this image: 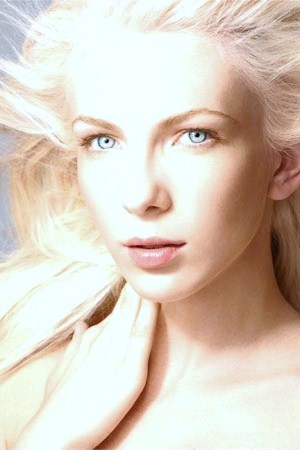 I have no idea who this model is, but her coloring was closer to Norah's. However, she looks nothing like Norah in any other way.  First of all, she's too classic-pretty to be Norah, and she also looks like she's past her teen years.  Plus, there's that blue eye problem again. :-}

As I wrote book 2 of the Cobbogoth series last summer, I started understanding what Norah looked like even more, and so I continued my search for my own creative purposes--it helps me a lot when I have a visual of my character to get inspired over.  Soon I came across this photo of Nastya Zhidkova a Russian albino model: 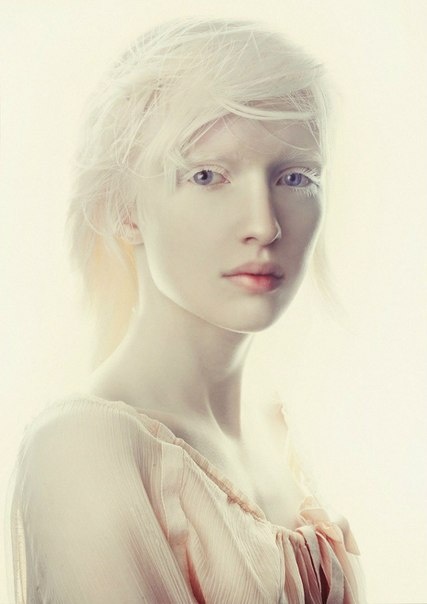 Now, she's absolutely lovely, and peculiar enough for Norah, but even still, the picture wasn't quite right.  While she has similar coloring to Norah, I never pictured Norah being quite so petite. Nastya's hair is also too short and wispy to be Norah's. And, there was still the matter of her eyes . . . blue, not celadon green.

Now, for those of you who don't know what celadon green looks like, here is a visual: 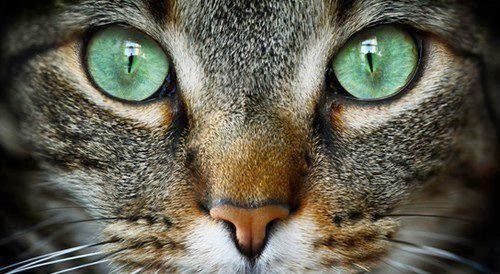 It's a peculiar color, and one I don't think I've ever seen on a human before. In the first edition of Cobbogoth, Norah actually had kiwi-green eyes, but after writing the next book in the series, there was a rather important plot development that made me very glad for the chance to change this trait once we got picked up by Cedar Fort last October. After the three separate edit sessions I did to prepare my manuscript for my new publisher, I grew to understand Norah even better. Now she had celadon eyes, and her face became clearer and clearer in my mind.

And so, my hunt for the perfect image of Norah continued.

Well, after SO much searching, I'd actually given up on finding a visual of Norah.  But then, the other day, I unexpectedly stumbled across her! It was one of the more surreal experiences of my life, because the likeness to what I've come to see as Norah in my head is crazily similar.

So, here she is.  May I introduce you all to the spitting image of my brain-child, Miss Norah Lukens: 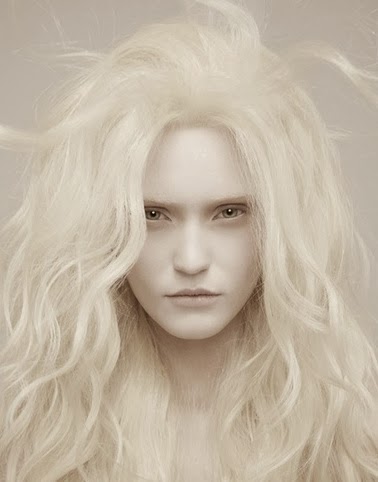 Peculiar, mysterious, and still quite lovely, but in Norah's way, if that makes any sense. ;-} Anyway, it was like seeing a picture of my child suddenly all grown up--an experience I haven't actually had yet--and it shocked me. I don't know if it was the fact that the model who posed for this pic isn't actually an albino--that's all make up and Photoshop--all I know, is that the moment I saw this image, it was like seeing my main character--especially her eyes--staring back at me.

And while you can't quite tell for sure, I can't imagine this girl's eyes being any other color than celadon green!  It just makes sense, because she's Norah, right?! :-)

But this post is called "The Evolution of Norah Lukens" so let me take you back to the start, to show you just how far she's come.

In the very beginning, Norah actually looked like this: 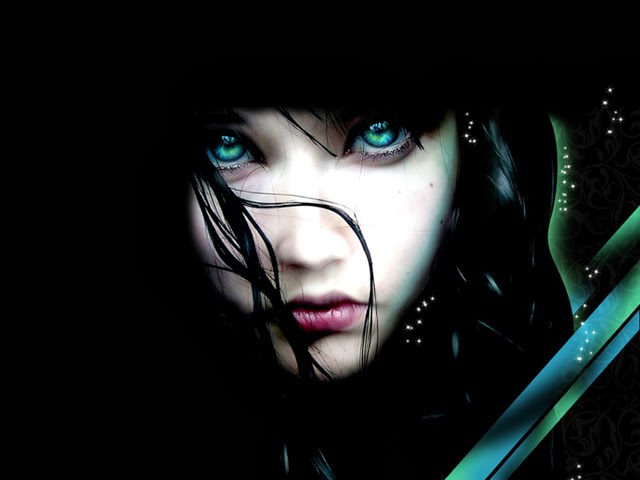 I know; I can't see it either. Interestingly, for as long as Norah looked like this, I couldn't find her voice.  I tried and tried. I wrote at least five different drafts with a blurry, black-haired, kiwi-green eyed Norah in my head--two in third person, and the other three in first--but her voice never felt convincing enough.  It wasn't until Norah let me know--bit by bit, draft by draft--that she was actually the fair, angelic beauty shown above, that she started to come off the page and feel  real to me.

The funny thing is that Norah is the only character I struggled with visually.  Everyone else in the story, including James--barring some very minor tweaks--looks pretty much the same as they did when I started writing Uncovering Cobbogoth.

I guess the point of this post is--we're supposed to have a point, right?--don't get discouraged if your characters don't seem life-like right off the bat.  Sometimes it takes several things aligning, or something as simple as making sure the character looks just right, before she really starts to speak to you.  If there's one thing I've learned about this whole writing thing, it's that a lot of it is about tweaking. Most of the time our instincts for story ideas/characters/plot twists, etc are good, they just need to be developed. And that takes time.

But don't be afraid to get it wrong for a while; don't be afraid to completely fail--almost every success is proceeded by a string of failures! (Believe me! 8 years working at this, and failure and I are on each other's speed dial.) ;-}

So keep tweaking! If you quit now, you'll never get to meet your characters face to face.